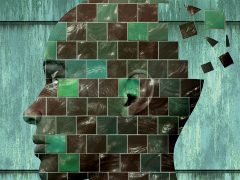 In organisations, there is often a mismatch in how roles are expected to be fulfilled and how they are perceived by those carrying them out. Mismatch invariably arises in change processes and should be a focus of any change project. The aim should be to reflect on what the organisation needs from the role, how the individual sees their role, identify any gaps and see how the gap can be narrowed, if not closed.

Ovey* Organisation and Leadership Development recently carried out a workshop with an international organisation where tasks between the centre and the periphery had been reallocated. There were mixed reactions to the new situation. For the centre, which deemed itself understaffed, the position was clear cut: The new role had been put in writing and the different tasks, some of which were new for the local branches, were all described in the organisation’s intranet. The heads of the local branches saw this however differently. They also thought themselves to be understaffed and claimed they were not adequately trained in the new tasks. They were also unhappy with the headquarter pointing them to the intranet when they had questions. They felt they had been left alone to do a job for which they were ill-equipped. In the briefing, I was told there had been a breakdown in communication between the centre and the periphery.

In the workshop, participants were first asked to draw how they perceived the current situation. Picture speak louder than words, and this is a strong method that taps into thoughts and processes and feelings beyond the rational sphere of words. The pictures formed the basis for a discussion among the participants. Four core themes were identified as a result: role, capacity, external demands and work load.

To broaden the perspective of the participants, each group spoke about the aims and developments of the other group and what that meant for themselves. With this in mind, key factors in the four areas were elaborated on and formed the basis for a conversation on possible ways forward. It wasn’t the aim to come to a conclusion in the one session, but to start a reflective dialogue as a a basis to work through this and any future issues.

The differing perception of roles (what role is given, what role is taken on) was the core topic in the workshop. In many organisations, a reason often why a task reallocation does not work as planned is because adequate training is not given. But training by itself might not be enough. In the organisation mentioned here, training had been given, but – according to some participants – people had not paid attention in the sessions. This had to do with identity. One new task involved coordinating administrative tasks done by others, something which hitherto had been associated with lesser pay grades; the new tasks were seen to be demeaning. It was also thought that less time could be spent on the original tasks; this led to mourning the loss of importance of the “real” task, although the “real” had, in the eyes of the organisation, shifted. The identification with the role is vital, and this often has to do with the identity of the staff. In this case, the new tasks signalled a shift towards greater managerialism in the organisation, a trait which in the past had been associated with another category of staff.

It is legitimate and important for organisations to recallibrate profiles and reallocate tasks to better match current demands on the organisation. In this case, the reallocation took place against the backdrop of compliance requirements flowing from more and new funding sources. It also occurred in a top-down fashion. There was no input from the branch level. What is necessary for a reallocation of tasks to succeed, however, is for a discussion to take place around why the change is necessary, what that means for all involved and what is needed for the change to succeed. If role perception needs to shift, it’s important to allow time for this to occur and among other things to speak about how roles are shifting in the whole organisation, too.